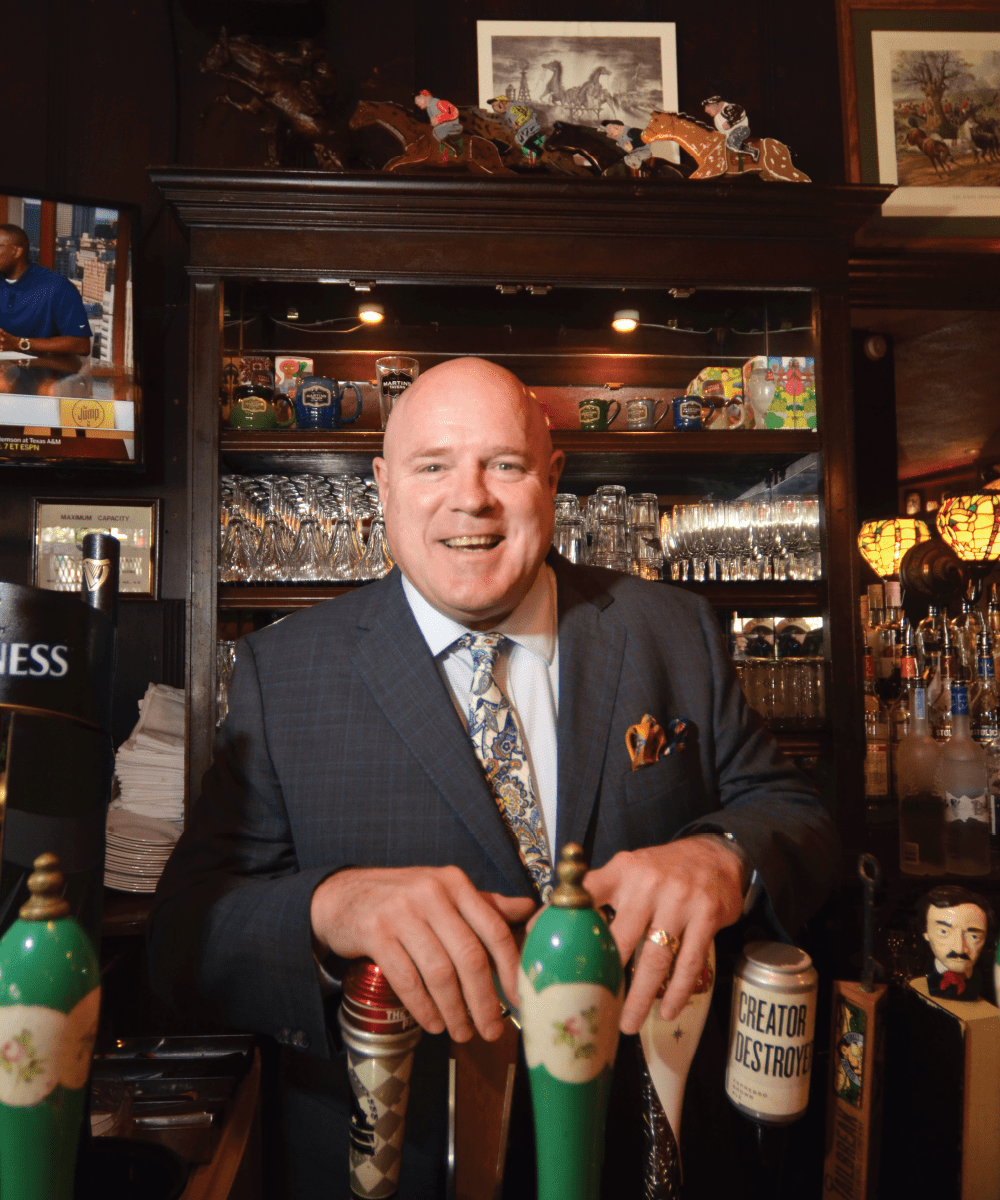 Martin’s Tavern has been a Georgetown landmark for nearly a century. For 4 generations the Martin family has served every president from Harry S. Truman to George W. Bush, many of Washington’s most prominent movers and shakers, scores of Hollywood stars, Hall of Famers, and Broadway legends. We’ve survived the Great Depression, World War II, the Korean War, Camelot and the Great Society, Vietnam and Watergate, the Cold War, the Gulf War, the Great Recession, and we’re still going strong today. 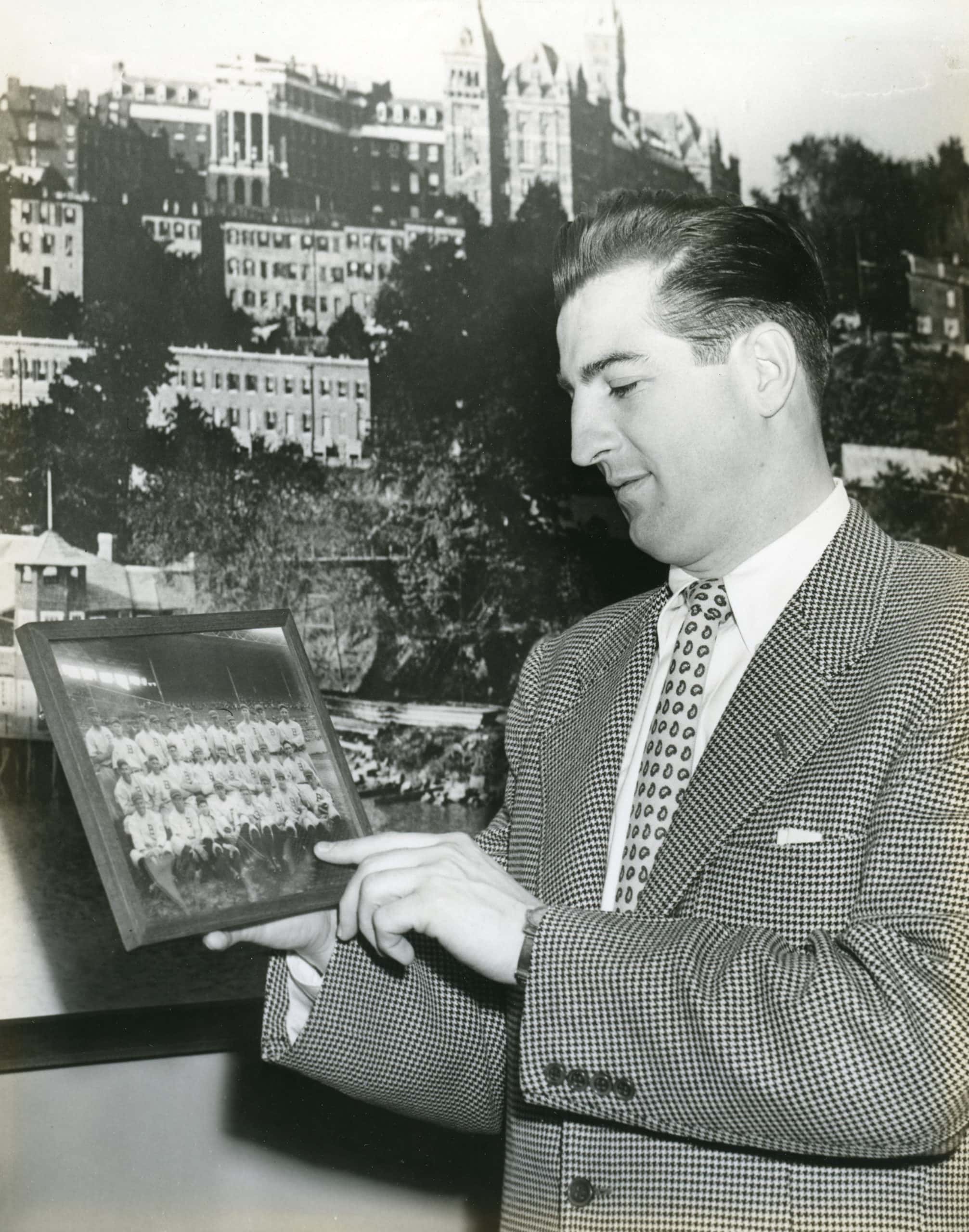 In 1933, former Major League Baseball player William Gloyd “Billy” Martin, along with the help of his father William S. Martin, established Martin’s Tavern on the corner of Wisconsin Avenue and N Street in Georgetown, Washington DC. He was one of the greatest all-around athletes ever to come out of the Washington, D.C., area, as he was a three-sport star, later inducted into Georgetown University’s Hall of Fame. Numerous major-league teams competed for his services and expectations for his career were sky-high. Martin’s career in the major leagues might not have turned out as anticipated, but his life was anything but ordinary as he went from starring on the collegiate playing fields to hobnobbing with the political elite in Washington.

The same year, FDR signs the Beer and Wine Revenue Act legalizing wine and 3.2 (low alcohol) beer to raise revenue for the federal government and give individual states the option to further regulate the sale and distribution of beer and wine. The Beer and Wine Revenue act is followed, in December 1933, by the passage of the 21st Amendment, which officially ended Prohibition.

During this time, Billy Martin preferred to hold court in a back room aptly named the Dugout, where cards, politics, and gin flowed liberally every night. Many ballplayers were said to have stopped in regularly to see the gregarious Martin and swap old stories.

Thomas Corcoran and his colleague and fellow attorney Benjamin Cohen, ”The Gold Dust Twins” of President Franklin D. Roosevelt’s administration met frequently at Martin’s Tavern in ‘The Dugout’. They spent many nights here debating and drafting legislation for what would become Franklin Delano Roosevelt’s famed New Deal programs, including the Securities Act of 1933, the Securities Exchange Act of 1934, and the Fair Labor Standards Act of 1938. 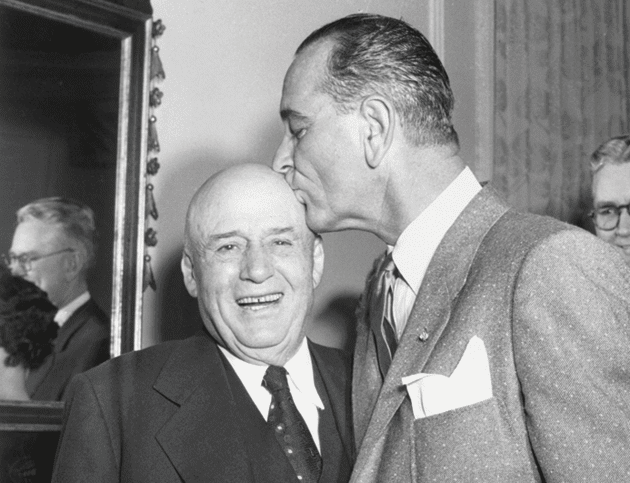 In 1942, one of the most highly decorated soldiers of WWI and co-founder of the American Legion, William “Wild Bill” Donovan became the director of the Office of Strategic Services, a precursor to the CIA. Living blocks from Martin’s, Donovan held many OSS meetings in The Dugout. Here, he and his team would create plans to gain intelligence that would ultimately assist the allies in winning WWII.

Speaker of the House Sam Rayburn and one novice congressman from Texas named Lyndon Baines Johnson sat in Booth #24 many times during the 40s. Here, the Speaker mentored young LBJ about legislative procedures and how to get business done in Washington.

Martin’s Tavern was so successful during WWII, that in the 1940s, four-star generals reportedly preferred sitting on milk crates at crowded Martin’s than taking a table elsewhere.

In this era, then-Senator Harry Truman frequently dined in Booth #6 with his wife Bess, and daughter Margaret – especially once Margaret entered George Washington University in 1942. Margaret Truman went on to pen 14 mystery novels set in Washington D.C., some of which mention Martin’s Tavern: Murder in Foggy Bottom … and Murder in Georgetown.

In 1949, William A. Martin, the third Martin in succession, started behind the bar, having first serving in the Navy during World War II, attending Georgetown University Medical School, attaining Golden Gloves status as a boxer, and playing Pro-Am golf.

John F. Kennedy lived two blocks from Martin’s. Every Sunday after Mass at Holy Trinity, he came to Martin’s, read his Sunday paper, and enjoyed breakfast in Booth #1. Years later, Martin’s staff and customers would catch glimpses of JFK writing the first draft of his inaugural speech.

On June 24, 1953, JFK proposed to Jacqueline Bouvier in Booth #3 (now called The Proposal Booth.) Bouvier had just returned from London while covering the coronation of Queen Elizabeth II for the Washington Times Herald. 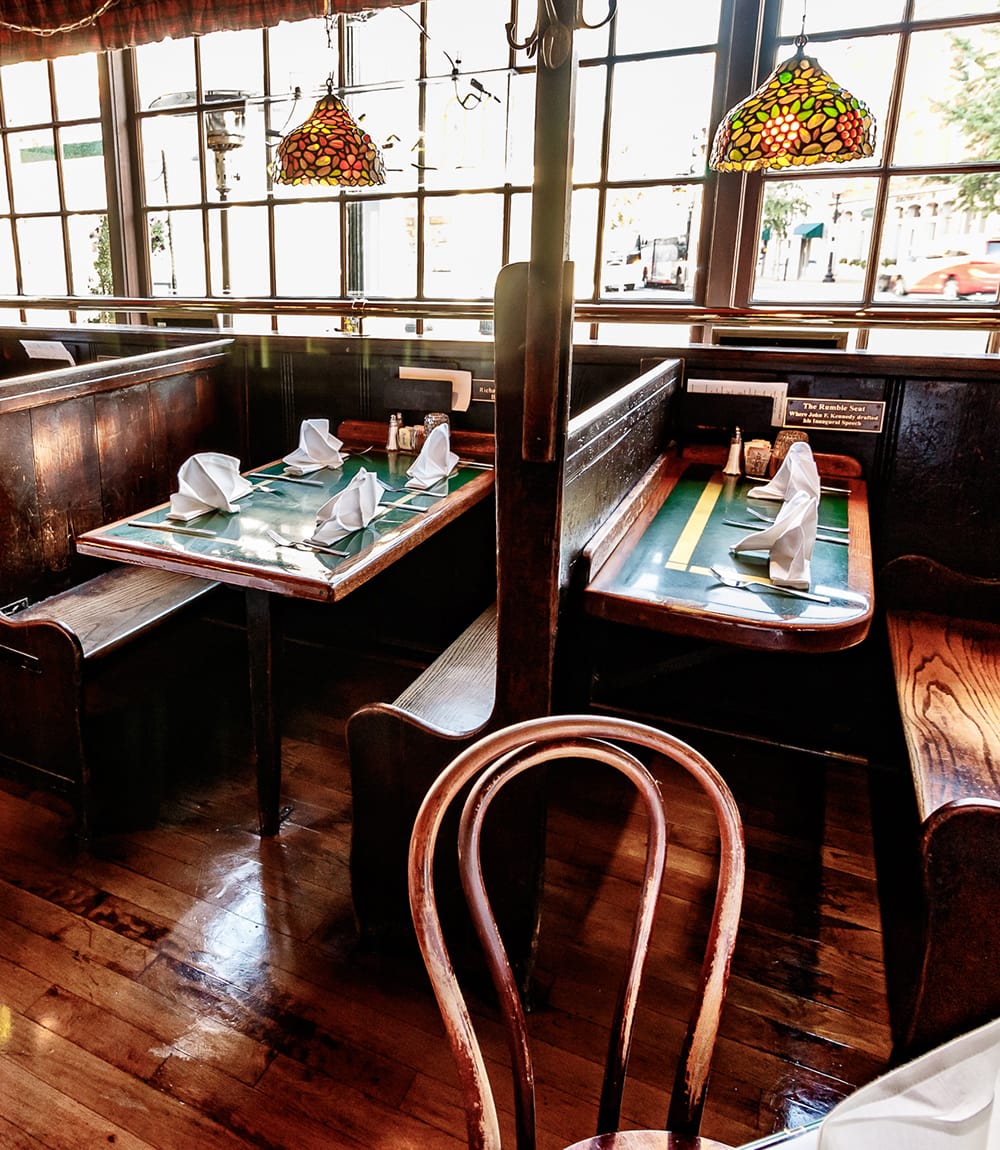 Richard Nixon, as a congressman, then senator from California, and later as Vice President of the U.S., enjoyed Martin’s meatloaf in Booth #2, usually with colleagues from Congress and the administration.

In 1954, five Supreme Court justices sat in Booth #3 debating Brown v Board of Education, a landmark decision regarding school segregation. In May of the same year, Chief Justice Earl Warren read the unanimous court’s decision: “ … We conclude that in the field of public education, the doctrine of ‘separate but equal’ has no place.  Separate educational facilities are inherently unequal … ”

George W. Bush, his wife Laura, and their twin daughters Jenna and Barbara sat at Table #12 while in town visiting George’s parents, then President and First Lady Bush.  Billy Martin recalls,” the twins were about 8 or 9 years old with beautiful manners and ever more beautiful dresses.” A few people shook Bush’s hand that day not knowing they were shaking hands with a future president of the United States.

In 2001, Billy and wife Gina Martin become the fourth generation to own and operate Martin’s Tavern.

In 2004, former President Bill Clinton recalls his high school days in his book My Life. Reminiscent, he says Martin’s was among his “favorite haunts in Georgetown … with good food and atmosphere within my budget.” 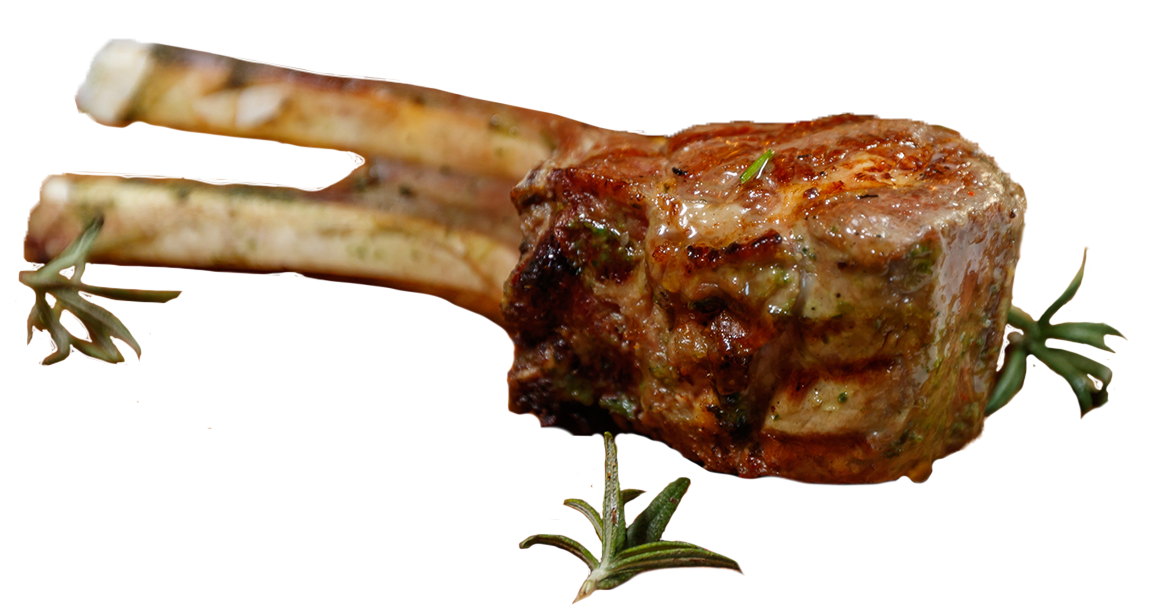 Order Martin's Tavern To Go for contactless pickup or delivery